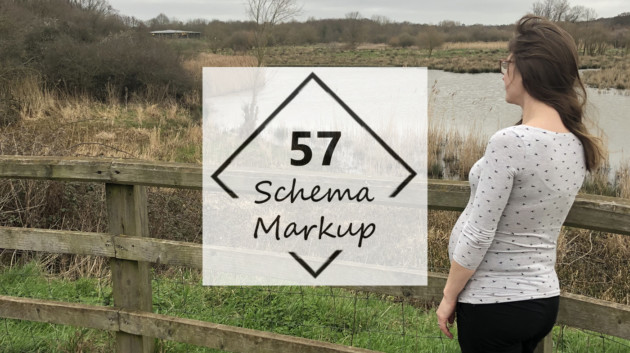 Richard Keenan-Heard is Head of SEO at Trainline. He leads a team of specialists who create content in 18 languages as they sell train tickets to 45 countries in total.

They look to offer the lowest price and on time for their customers. They aim to help people find Trainline when they’re looking where to go and how to get there.

Before Trainline, Richard’s background was on numerous brands including Johnson’s Baby, and Calpol as well as B2B too. He has been in and out of SEO for 12 years and his 1st website was for a charity.

Schema markup creates a structure for search engines to understand your content. As an example, it can show the breadcrumbs and hierarchy in a clear way.
It’s a great way to create clarity for a search engine but also for customers, especially as it forces content to be well presented. Why not think of Google as a customer? It helps enhance search results. Although it’s not a direct ranking factor, it does help you show up in correct places because you can show up in the ‘rich results’ and position 0, which gives you the upper hand to your competitors.

Richard says that you can test with structured data much quicker too. He gives examples of telephone numbers they’ve been testing (listen to episode for more.) Dawn Anderson told me in episode 46; structured data makes it as easy as possible to crawl, read and pick up the content you’re creating.

When you give your content structure, it’s like writing a dissertation that has a heading, then subheadings and references, etc.You can simply use markup to get more out of having a structure.

There are limitations in schema which can be frustrating because some elements aren’t always available in all of the property types within the schema library so it will be great if there was clarity across those. Hopefully it’ll come in the future, says Richard.

Currently, statistics show that only a tiny amount of people are using it. Although it’s great there’s so much opportunity to use structured data for Organic, there are not a lot of case studies to help make full use of it so it’s a lot of trial and error.

Richard says that usually he finds it difficult to merge schema types into a one consolidated piece but he finds that certain schema properties get results, although other times he still needs to keep them separate.

Being Smart with Structured Data

Recent Update: Danny Sullivan tweeted that you will not be shown in 10 traditional links if you have a position 0/featured snippet.

(Richard points out we’ve had 3 big changes in a week, the core update, featured snippet change and desktop layout change so it’ll be hard to test or check for accurate changes for the above impact.)

Featured Snippets are no longer position 0, they’re position 1 and that’s how people will start thinking about them. – Richard Keenan-Heard.

If you can get a snippet then think of it as if you’re in position 1 and then monitor click through rates. As an industry they shouldn’t stop doing featured snippets or answer boxes because it’s about getting the right content at the right time for the right person but nobody knows the impact on click through rate – yet.

In Richard’s opinion, it makes things harder but you’ll continue to learn as you try to optimise for their placement.

Does Google change the ballpark?

Yes, frequently and not just for Trainline but across market level, perhaps not global level. Featured snippets as position 1 for example and no position 0. We can see impact on our reporting for this but some tools have a lag so sometimes there would be false results, especially if layouts change etc.

A while ago, featured snippets were removed so they all disappeared overnight but then Google changed their minds and it was back up but during that time click through rate and traffic therefore suffered. Remember thought, Google shouldn’t be the only ones AB testing, make your own experience better for customers too.