54 | Google for Jobs with Marco Bonomo 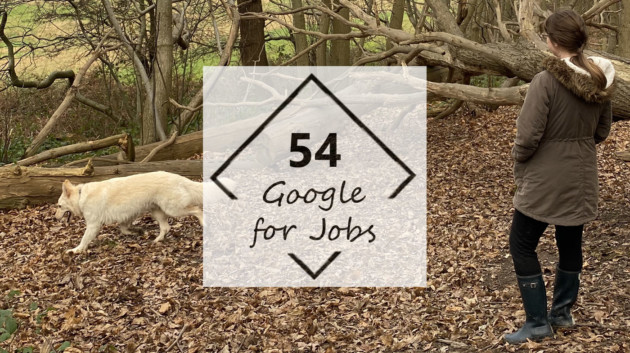 Marco Bonomo is originally from Verona, Italy, and has been working in digital marketing, specifically in SEO, for a few years now. He started as a recruiter so he has first hand experience in the field, before moving across to optimising for Google for Jobs.

Transitioning to online recruitment was a major shift for many companies and Google’s development to compete in this environment is a search feature called Google for Jobs.

“In recruitment, most of the budget goes on advertising the jobs.”- Marco Bonomo

Google hire, is an applicant tracking system that provides assistance and support for applicants and companies to post and create listings.

It’s not an App, it’s a feature you can use from your desktop. It’s a user friendly platform for jobs via Google interface, showcasing job listings with brandm, recruitment agency, location of the position and the website details where the listing is located.

Live demo via the podcast:

I searched for ‘SEO manager’ in Google and found that Reed showed up a lot for the snippets but Marco assures me that dependant on what you search you’ll find many different job ads and portals. What’s great, he says, is that any organisation can appear and rank highly in Google for jobs.

In 2019, there were 23 job boards and there was a letter that was sent to the EU to complain about unfair practice on Google’s part. Google was threatening their market position and when they launched, Google for Jobs became an overnight success.

I was personally surprised to see that during my live demo LinkedIn didn’t show up until the bottom of page 1. Actually, Marco says, Google didn’t want to appear as a competitor but as a secondary channel. At the beginning they got job boards to get involved but 1 (perhaps LinkedIn?) didn’t want to participate due to company policy. TotalJobs arguably did well through participating.

Marco predicts that Google for Jobs is only going to grow in popularity and there may be more market share loss in the future for some companies who do not keep up, especially as Google for Jobs evolves and gets even better.

How to Appear in Google for Jobs?

Being British, salary is an uncomfortable topic. Will comparisons of jobs and salaries mean that we’re more likely to talk about money and freely in the future… just a thought!

Top Tips to Rank Top on Google for Jobs

Marco wrote an article about this, but to cover the most important points, here are some top tips to rank as high as possible for your job listings…

Experiment as much as possible but you’ll learn better and quicker this way.

Speak in a particular way dependant on your industry.

Also, we know some industries that are competitive within SEO, such as Gambling or Estate Agents and jobs can be exactly the same. A high turnover industry like retail or hospitality, looking for people all the time, the ads and content on those needs to be longer. You must have more keywords, add location and so on. You need to make the most of that to attract relevant people.

Personally, I said it’s annoying that you need to create so many more job posts because of the competitive nature of that industry and also at the same time make it as informative as possible too, compared to some of the other postings you may be doing!

A lot of movement means a lot of expired listings.

After a year of experimenting, Google noticed that companies publishing job ads are forgetting about them and keeping them live. For example, a page wouldn’t be there to apply for once an applicant was successful. So here’s what you need to ensure that you do:

Marco spoke about doing some of your own testing, here’s the reporting you can use to help guide you through decisions.

The product age was the last couple of years, but now is more the ‘teenager’ stage, Marco suggests. We’re still seeing ads that shouldn’t be there so this should improve in 2020. Third party tools may start helping you out to get traffic and create applications, like tracking of rankings and how to look at competitors to gain more insights and help you perform better.

“Learn something new in 2020, learn Google for jobs.“ – Marco Bonomo