52 | Fear of Failure with Arianne Donoghue 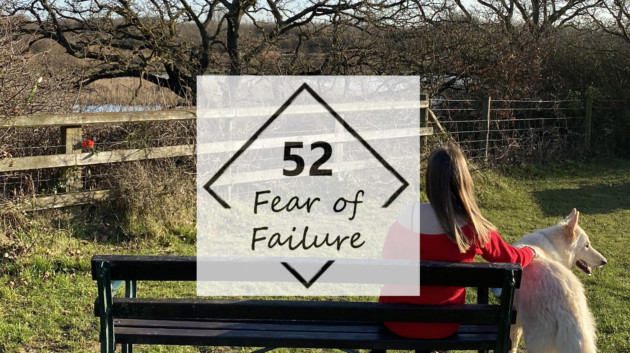 Arianne Donoghue joins me. She is an expert in paid search for over a dozen years, working on brands such as Thomas Cook, Mamas & Papas, Asda and so on. She is currently back working in agency land.

Winner of UK Search Personality of the Year at UK Search Awards 2019.

Arianne pitched a presentation about the fear of failure to Kelvin for BrightonSEO after taking years to understand how she would portray her story about how she is where she is. She was surprised how well received it was and it has now become a theme. She wants to be more open with each other about failure.

This reminded Arianne of a recent post that stated that Disney reached over 10 million sign ups. There was a question on LinkedIn about whether or not they could have done this without Netfllix paving the way and achieving something like this in a day when they’ve had a hundred plus years of brand building.

Arianne never felt that she was able to ‘fit in’ but now feels it is much better for her to go ahead and try things and therefore gain the benefit of that experience. She made those decisions in life first, then did it in the world of work.

For example: Arriane ran away from home to Wales to marry a man she met on the internet. She feels this made her bold in career and more determined. She says she’s guilty in comparing herself against others in the same career who started at the same time. She would wonder if there’s something wrong with her but there are ways to work past it because you are your worst enemy and worst critic.

We’ve spoken about Instagram perfection on the show already where Amy mentioned in previous episode around mental health. It’s so easy to compare yourself to someone else’s ‘idealistic’ view of living. We take 90% of day to day nonsense and compare it to someone’s 10%, where they’re talking about their highlights. Arianne tries to talk about the other percent and honesty.

Arianne mentions Kirsty Hulse who is honest too, even on social media like Twitter. She’s open about her own fear of failure and lack of confidence at times. It’s OK to feel like that.

We’re not here to glamorise failure but want everyone to be less scared of it.

Not exclusive to gender but women are more likely to be afraid of failure.

It’s important to fail and need to fail to get to your next step. If you’re always scared then you’ll never try anything new. It shapes us for the better.

I’m Russian-born and didn’t know English when I was eight or so. I started primary school without knowing the language and was bullied for being Russian, and remember an English teacher telling me that I won’t be able to write properly so I ended up working hard and doing well at a BA English Literature degree.

That fear of failure and stubbornness helped me go on that journey BUT you need to be careful that your catalyst for growth isn’t negative. The bad and the good shapes who we are but we as a society need to find a way to nurture people and experiences without causing trauma, depression and so on.

Often, those people going on stage, presenters etc. are performers. They look like they’ve got their stuff together but actually they’re probably the most insecure of all.

“It’s OK to need help and to fail. We need the confidence to talk about it and admit we’re not perfect.” – Arianne Donoghue

Like birds, you sometimes need that push off a cliff and you’ll learn how to fly. Even if you don’t feel confident, you need to tell yourself you have it. “Fake it ‘til you make it.”

Also, spend time with people who empower you. As a woman there’s this view that if you help another woman then there’s less space for you at the table but actually if you help each other out, there’s room for more at that table. A recent story about being bullied in the workplace explains how a lot of it was via Slack and how it’s still an issue – yes, in 2019. (Reference: Toxic Environment at Away)

Arianne says go out this Christmas and buy yourself a plain book – a nice one. At the front, write the good things. If you are proud of anything or got through something challenging, put it in there so you can always refer back to it. In the back of it, write whenever something triggers your imposter syndrome or uncomfortable fear of failure. Work out what can you say or how you can help yourself get past it. Arianne herself does this and knows to avoid certain situations.

Over time, it feels artificial but then you’ll feel a particular way and find it more natural. It’s conditioning yourself to respond in a particular way. Later on you’ll genuinely start to feel it.

“Your body’s response to fear is the same as being excited. Your body is helping you do your best than helping prepare you to run away.” – Arianne

Take the negative and turn it into a positive, even if that’s hard in the moment.

In terms of the last quote, you don’t often know what’s going on with someone that may have caused them to be the way they were. Think about what others were going through at the time perhaps. You can’t control what someone does or says to you but you can control how you react to it. It isn’t necessarily down to you but what they’ve been going through themselves. It may therefore not have been your fault what happened to you but you can think about it in a different way, rather than blaming yourself for what was going on and then feeling damaged and broken because of it.

“Choose to view them differently and reframe them so that it removes the power of them over you.” – Arianne

How to Grow Confidence

I did a talk for Women in Tech SEO, I was the last speaker of 2019. I encouraged women to start their own websites and brand. I had to mess up a lot, like the HTML, in order to gain confidence and knowledge. In the end, it’s gratifying to build something yourself. From complicated formula in excel to coding.

In SEO, those who do black hat SEO are best to learn from because they try and fail on purpose to learn what you can and can’t do!

Arianne says she has a print up in her house that says “use what talents you possess; the woods would be silent if no birds sang, except those who sang best.” You don’t need to be the best at something to be worth doing.

Get out of that mindset and remind yourself that you have value just by having the confidence to try something out.

“Don’t define yourself by your work!” – Arianne D.

There’s a Russian kids story about handwriting. A child is given a pack of pens to write with, he needs to find the best one that he can write perfectly with and starts off with really bad handwriting until he has gone through most of the pack. He finds the perfect pen… or so he thinks, that now means he has great handwriting and can write well. Basically, he had to keep writing and trying pens out to get to where he was.