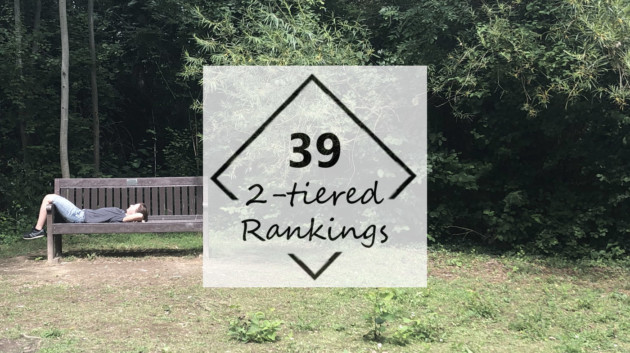 Tom Capper from Distilled shares his theory on the two-tiered result pages for head terms.

Distilled are a London SEO agency and consultancy firm, I personally know them for their great work on content and outreach but they do other aspects of SEO also.

Tom runs the London consultancy team but focuses on data-driven interests of digital marketing, especially as he started as an analyst. Tom has presented his theory at various events and is now sharing it with me and with you on this podcast!

The theory is about how Google’s behaviour is different but only for most competitive terms that he calls ‘head terms’.

As link building has become a niche tactic over time, and although they’re well grounded on technical and on-page optimisations, Tom was keen to better understand when and where to apply these things so he started to test and emulate industry studies.

There are usually 1 or 2 keywords that people care about – out of proportion. I can relate to this, especially coming from large brands that sometimes were fixated on high search volume terms. As Tom couldn’t explain some rankings using ‘usual’ SEO ranking factors, he thought maybe there were factors that we didn’t know about but then he started to dig into it. He thinks it’s a more complex model than that so he looked into what’s notable about these terms where behaviour seemed different and dynamic. It’s been suggested that Google has more data about SERPs themselves, from bounce rate to conversion from the SERPs. FIli Wiese says Google has the best feedback loop, they can see who clicks on what and bounces, conversion etc.

Tom suggests that it’s not necessarily just the top 5 results so it could be a mix but he decided to compare the top 5 with the lower 5 on page 1 and look for correlation.

Tom decided to start by replicating ranking factor studies like MOZ but compared it with other metrics. Rather than correlating Domain Authority, he looked at branded search volume which surprisingly produced stronger results. When Tom added both into the mix, it didn’t explain anything. So basically, branded searches are where people search for that site’s brand rather than domain authority of that site, which showed a stronger correlation. Top 10 results showed that domain authority relationship in general was weaker. Positions 1-5 even weaker! So this supports the hypothesis…

Hypothesis is that you need the usual ranking factors that we know about to rank on the first page but when it comes to the ‘converting zone’ or top 5 results, then there is something else happening because the correlations are less obvious.

Tom says that examples in the real world, when things change over time, had often shown it had nothing to do with ranking factors and movement on the results pages.

Tom looked at the flowers space in particular. He found that there are lots of keywords that only become head terms once a year. For example Mother’s Day flowers and Valentine’s Day flowers.

Rankings for those are stable 11 months of the year and results are usually in the order you expect, using traditional SEO explanations. Suddenly, search volume hits and Google has an influx of data. Things then change in the run up to the events so why is Google changing the results?

Tom, at first, thought that maybe these sites were building tonnes of links every time or in their efforts for the big day, they screwed up their sites but nothing matched up with the ranking orders. He started looking at other factors and noticed that sites with free delivery ended up at the top but what did this have to do with keywords and links etc.

“You expect to see a descending order of domain authority or see some order that makes sense” says Tom “I wasn’t seeing this, especially for these flower terms.”

Late last year, Donald Trump was claiming that Google was biased. Google felt the need to counter this and invited a journalist to spend a day with Google engineers to report on it. What it showcased was the sheer amount of tests and updates daily. One example was specifically measuring imagery in the SERPs, have a listen to the podcast to hear about what kind of metrics Google would use in order to measure whether this change was good or not (around 21 mins.)

Google is interested in optimising results using extra data about SERPs itself.

“It may be that there are indirect correlations but lets aim for the ballpark right?” Says Tom.

What to do if you want to rank for head terms?

It is unchanged what you need to do; look at traditional optimisation methods.

Do competitor research and user testing. Tom says he takes on Panda questionnaire-like research to see what the site compares to other sites. FYI: Panda was based on literal coffee-shop surveys, e.g. “Would you give credit card details to this website?” and look for answers correlating with those questions.

Sometimes it could be that the brand isn’t recognised so as digital marketers, we are in a good place to affect and measure movement in brand recognition, arguably morso than those people paid to do it. We have plenty of access to data and tactics for link building developed by industry, which helps brand awareness anyway. There’s also evergreen content which is good for rankings and links but also cost effective for brand impressions.

As an SEO you have the ability to affect more things than before, do the basics right and get onto that first page first, using traditional ranking factors, and then look at the above.

There is now another layer on top of traditional ranking factors, which used to be good enough to get to the top, but now you need to do even more to rank for head terms.

This whole SEO business got a whole lot harder!