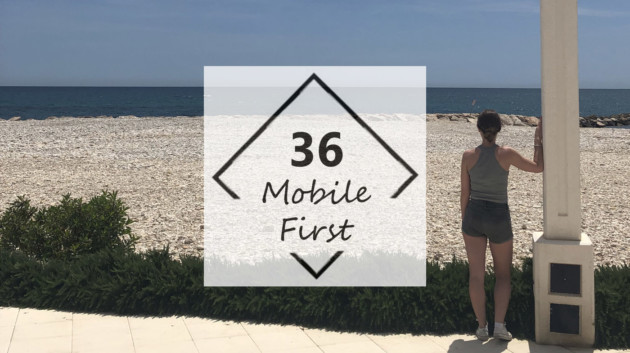 Alex is Head of Audience Development for the commercial areas of the BBC, such as BBC Good Food, Top Gear etc. He has 15 years experience in the search industry and which is also of varied level, from enterprise to startups.

The reason our paths crossed was because Alex was going to do a talk at Advanced Search Summit in February 2019 but due to personal reasons had to be out of the country last minute. The organisers got in touch with me and asked me to fill in. I got in touch with Alex and he was kind enough to send me his notes. What an awesome guy!

You will get a message on Search Console if your site has been moved to mobile first indexing. You shouldn’t see any visibility changes if you have fully responsive sites. Mobile speed is obviously crucial as we, as unreasonable consumers, have no patience to wait for pages to load. It’s therefore now also a ranking factor.

Alex said that they use AMP pages for multiple BBC sites. From a publishing stand point, it’s good but they do see a high bounce rate. When it comes to Google news on mobile, it’s hard to rank without AMP and provides a great amount of traffic. It’s hard to serve adverts on them though which makes things tricky.

Nick Wilsdon from Vodafone uses AMP pages to serve products and does really well with it. He gives examples of doing this for Iphone launches and it performs really well against competitors.

AMP has a time and a place and a lot to implement. As a publisher you need to have AMP to rank. No benefit from AMP stories in Alex’s point of view though. Noone going through to the site, nobody seeing ads and therefore no use to company. Google posts on the other hand has been a lot of traffic through those which is via the knowledge panel.

Alex shares that their mobile device split is around 70% to mobile. Users are mostly engaged on mobile devices with 5 pages per sessions across sites. If you’ve been listening to my other episodes, others have started to create content for mobile specifically by cutting down paragraphs and making them short and snappy. It’s time we all change content around the mobile world.

Alex says they did this for GoodFood also. The recipes would be cut down to win featured snippets rather than the previous editorial and magazine-style recipes. They did an SEO AB test to show the value of doing this.

There’s Schema Markup For Everything

If there is schema available for your content then use it. Recipes, especially in the carousels, that have star ratings inspire click through, Alex shares. Car reviews even have schema available or speakable/Q&A schema for voice; there’s schema pretty much for everything.

Talking about voice, do you remember Dan Shure (in episode 34) telling me that he recommends creating audio of the content that you write? It’s for accessibility and the new voice-search world. Alex reminds me that podcasts as well are becoming more popular.

Anticipating the Mobile-first indexing notification, Alex said the BBC were scared that the site is slow due to the advertising they run. In order to know any changes to your site when this happens you need correct reporting set up, so if you see a drop you can analyse it and do something about it.

In my opinion it’s good to check log files, seeing these, you’ll be able to tell if the Google crawlers are already seeing your site via the mobile-first bot. Most, if not all sites, are now mobile first.

Using mobile means you’re likely to use it when you’re out and about. This mean different results depending on location. Have a think about how this affects your visibility. In episode 27 John Brasington shares an experiment with me where they look at price comparison using voice search on mobile when you’re in store.

Images can be overlooked in the publisher world, says Alex. Google lens for example, where you can snap something with your phone camera and it tells you what it is. Images are often an afterthought, they’re not tagged up or don’t have alt tags, or even the file names are awful. It’s important not to be afraid to do something for it. There are plenty of opportunities around images, it’s also getting smarter with IA and area is being more developed. Here’s Episode 6 on how to optimise your imagery!

The BBC have a huge video archive, a bit like their own YouTube channel and they’re finding that they’re competing well against YouTube itself in the video carousel in the results. It still plays the same clip and looks like YouTube… but isn’t. They’re getting more share in the search results, clicks to the pages and great engagement metric for people watching the video too.

Know your User Intent on Mobile

Adding a simple word to describe what your page is actually offering means better rankings. So adding ‘recipe’ or ‘review’ into the page to explain and contextualise the content, is really important to get traffic and the right traffic also. You need to understand what you are offering to your audience and why you’re the best for that search. Be apparent with your wording.

When you search for a car, you also have ‘people also ask’ boxes. Scrape those for your keyword research and know the questions your audience is asking so that you can answer them. It’s a great way to create content for mobile first queries.

Top Tip! Don’t be afraid to fail. Content can be changed quickly.

A test on Top Gear had a 100 news articles which had the meta description removed. Google rewrites those automatically dependant on the user intent of the search. Alex found that they had a higher click through rate (CTR), the average of which was up to 5% higher than those with pre-written meta descriptions.