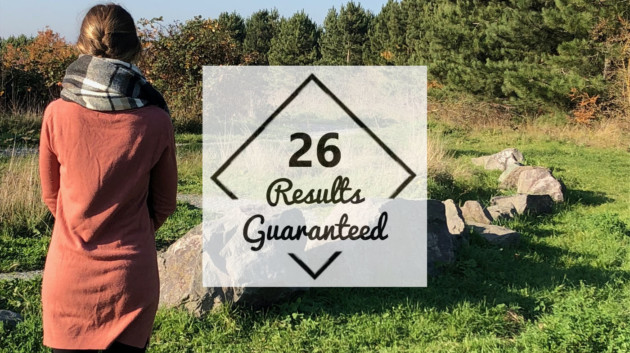 This is Episode 26 of SEO with Mrs Ghost and it’s all about what’s happening in the industry socially. We picked out two hot topics. 1) Can you guarantee SEO results? 2) What to do when you see an algorithm update. Sounds simple? Guess again and listen to the episode below:

Rory Truesdale (@roryT11 on Twitter) has been in the industry for 10 years. He is employed by Conductor, a technology company, but manages the SEO for one of their large accounts (cannot disclose what company but they are a multinational brand! He describes it as ‘terrifyingly large’.) Rory is their dedicated SEO resource across the number of different territories.

He wrote a great article on How to Build an SEO Business Case that your Boss Can’t Say No To that I personally enjoyed. It was straightforward and had action points to take away if you’re building a business case that the business should take action on.

We all know that the SEO community loves a good chat on Twitter so Rory and I discuss two tweets in particular, starting with one about guaranteeing SEO results and our thoughts around it. Ian Lurie from Portent tweets to say that he disagrees as a backlash to somebody (can’t remember who so comment if you know!) from an agency saying that they guarantee SEO results when onboarding clients.

Rory disagrees about guaranteeing results. He says that there are so many elements that we have no control over. To use the analogy of the weather, if a forecaster tells you that in three months there’ll be blue skies then it’s not a highly likely forecast because you can’t guarantee it as it changes so much daily.

Similarly, SEO is a highly volatile industry, it’s subject to fluctuations due to algorithm updates. So, if an individual, consultant, agency or service guarantees results then at best it’s misjudged and at worst, it’s deceptive. It’s not feasible but there are softer approaches that we can take that can be just as impactful to set initiatives.

Personally, I would also disagree as I don’t think it’s feasible to guarantee results in a volatile industry. Google has updates twice a month if not more. 2018 saw so many algorithm changes, large and small such as the core algorithm update (nicknamed the Medic update) in August 2018. Google is making tweaks constantly so even in a few week’s time it’s hard to say what will be ‘right’ now will be right then.

These algorithm refinements are sure to have impact on site sooner or later. It’s hard to know the verticals or industries targeted but it’s clear that we will always be subject to the changes Google engineers are making. Therefore we can’t promise results fundamentally you can’t deliver on. You’re setting yourself up for failure if you do so.

Continue to prove the business value of SEO as a channel and fight to secure development resource or funding for a content campaign. Ultimately, prove the business value. Rather than developing separate forecast for every initiative you’d like to run, create instead an outset of a campaign for the next 12-24 months, Rory suggests. You can then use the opportunity as leverage.

Include competitor examples to prove that you’re not chatting rubbish. Use real world business cases, especially if relevant to the industry you work in. Reference the potential when things go right or losses if things go the other way. If you want to get buying into a campaign level forecast, you need to focus on the business metrics like revenue. Example: if you increase traffic, the business value is £X.

That is much more impactful than guaranteeing results!

It’s also useful to include different channels that feed into SEO, like CRM, as SEO shouldn’t be done in isolation. If you treat it as independent of other marketing channels then you don’t do the channel justice. Don’t focus on session trends only either.  Conversion trends through the particular channel can be useful and make for more accurate forecasting if it encompasses all of this data.

Look at the bigger picture which will also help you analyse the risks of your potential forecast. If your business is doing X in July then you will get X amount in revenue increase due to the change, then show the impact if may also have on Organic channel.

Rory loves making annotations in Google Analytics in as much details as possible. This will give him context to any spikes he sees throughout the year and help encompass similar scenarios in the future. For example, development work, press coverage, algorithm updates and extreme weather conditions too! I.E. A hot day means conversion rate is down.

I went to an SEO Predictions hosted by Take it Offline who had a great judging panel of well known people in the industry. They spoke about what to expect in 2019 and what prominently came out was that every industry is very different. It’s important to continue doing what you know works, whilst learning from what your competitors are doing and if you’re doing something groundbreaking then create a forecast by being realistic, but alongside your ‘business as usual’ tasks.

Rory believes we fixate too much on our own site rather than looking at competitors. They can impact your performance as well as their own. That’s the competitive nature on the SERPs! Have a think about setting up alerts on those sites to help you give context why certain things happen and if they’re likely to happen again in the future.

Rory says it sums up nicely the hare mentality with core algorithm updates.

The Vast majority of people don’t need to do anything differently but we do read the posts that are the analysis of these updates. Some, however, may jump into rash decisions and revamp their strategy but it’s important to keep in mind that these articles serve a valuable service but ultimately it’s still conjecture. It’s an opinion without the full set of data.

In the industry, those who know SEO well, we can put things into perspective (if you know what you’re doing) but if you’re in a small business owner then sometimes they can take the articles as a fact and invest money where they don’t need to be invested. They may also change the strategy which may not necessarily work for the company. Think about what are the core business goals. That’s what should be at the centre of every decision you make to keep yourself away from trouble.

Rory states that the SEO community should be more transparent around talking about algorithm updates and dissuade people from taking rash decisions which they may not need to.

Gerry White invited me to an event on SEO Predictions in 2018. One of the panel said that you should continue what you’re doing but at the same time test something new too. Essentially it’s a balancing act and you shouldn’t throw away everything when there is an algorithm update.

Futureproof the brand by continuing what you to in order not to lose sales but at the same time test and experiment with something different.

Rory breaks it up nicely:

Protect: get your quality traffic and that’s converting. Focus on the core set of keywords that drive value to your business.
Expand: Create new lead pages, PR campaigns etc.
When algorithm updates happen it’s important to look at winning competitors. What other people are doing? My episode with Dan Shure (episode 24) we spoke about this and said it’s not about who lost but who gained so you can copy them!

When an algorithm update happens, instead of panicking, have a look at those competitors that won to see what you can tweak on your own site.

Rory doesn’t think that we look at the search results enough. We can’t understand the intricacies but we can definitely find similarities in the sites that are ranking. Don’t forget it depends on seasonal trends and changes in the search behaviour throughout time.

As Google gets the biggest feedback loop possible, it tell us the things we should be doing.

So, as they can see what’s useful to the user and what site can complete their journey, if you’re able to use these factors then you shouldn’t need to change your SEO strategy as you’re already doing the ‘right’ things.